You are now entering a page intended for healthcare professionals only and not by members of the public.

What Do Major Guidelines Say About the Oncotype DX® Assay?

The Oncotype DX assay is the only multigene breast cancer assay incorporated into four major clinical guidelines: those from the St Gallen Consensus guidelines, the European Society of Medical Oncology, National Comprehensive Cancer Network® (NCCN®), and the American Society of Clinical Oncology® (ASCO®). All four have included the Oncotype DX breast cancer assay in their guidelines as an option to predict whether certain patients will benefit from chemotherapy.

The 13th St Gallen International Breast Cancer Conference Expert Panel, for the second time, recognized the Oncotype DX breast cancer assay for its ability to provide not only prognostic, but also predictive information regarding the utility of cytotoxic therapy in addition to endocrine therapy for patients with node-negative or node-positive early stage invasive breast cancer. The Panel considered that only the 21-gene RS was predictive of chemotherapy responsiveness, though a substantial minority would also endorse PAM50 or the 70-gene signature for this purpose. This led to a recommendation that selection of patients who might forego chemotherapy could be based on the 21-gene RS, but the Panel did not offer majority endorsement for PAM50, the 70-gene signature or EPClin as yet established for this purpose

"On retrospective analysis of two trials (NSABP B-14 and B-20) performed in women with hormone receptor-positive, axillary lymph node-negative invasive breast cancer, this assay system was able to quantify risk of recurrence as a continuous variable (eg, Oncotype DX Recurrence Score) and to predict responsiveness to both tamoxifen and CMF or methotrexate/5-fluorouracil/leucovorin chemotherapy."

The Oncotype DX assay may be used in newly diagnosed ER+, N- invasive breast cancer patients to predict risk of recurrence. The assay can also be used to identify patients who may be successfully treated with tamoxifen and may not require adjuvant chemotherapy. "It has been suggested that tamoxifen-treated patients with an excellent estimated prognosis may be spared adjuvant chemotherapy." Access these guidelines.

The UK's National Institute for Health and Care Excellence (NICE) recommended the Oncotype DX assay for use in clinical practice to guide adjuvant chemotherapy treatment decisions for certain patients with early-stage breast cancer, including micrometastatic disease. Access this guidance. 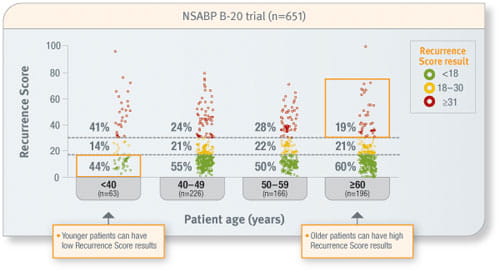 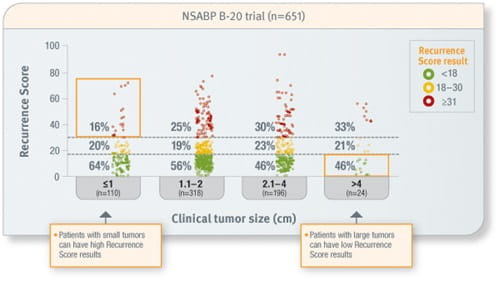 NSABP B-20
Prospective analysis of archived tissue from 651 patients with ER-positive, node-negative invasive breast cancer treated with tamoxifen or tamoxifen plus CMF/MF. Approximately 45% of the patients were <50 years of age, two-thirds of tumours were ≤2.0 cm in size, and 20% of tumours were PR-negative. 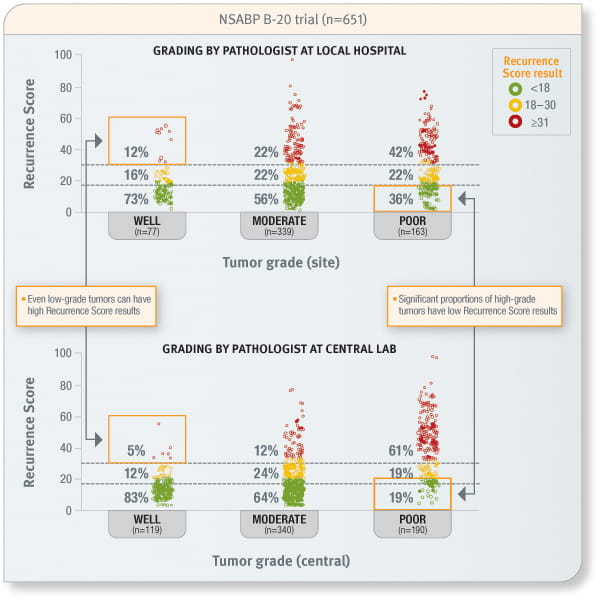 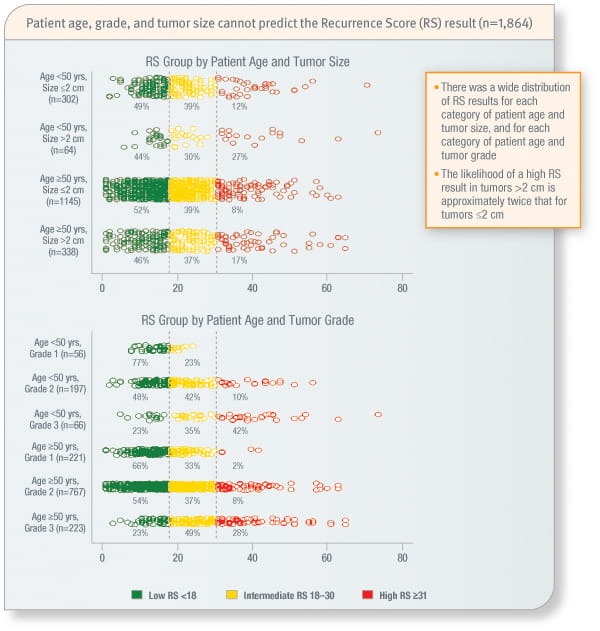 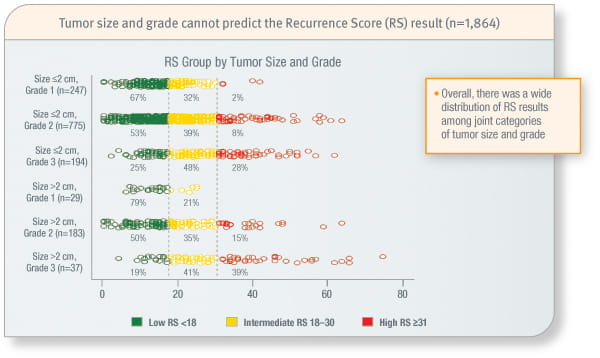 Oncotype DX provides an individualised Recurrence Score result that cannot be predicted by traditional clinicopathologic variables alone or in combination.1 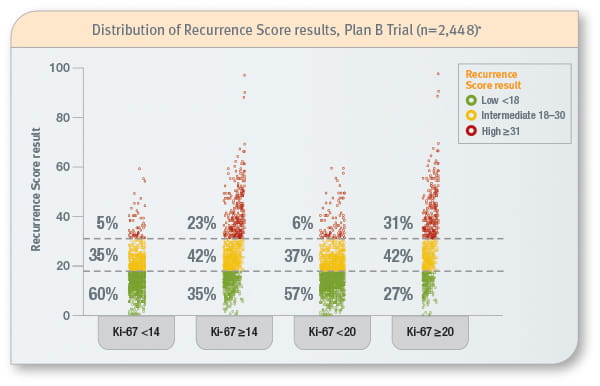 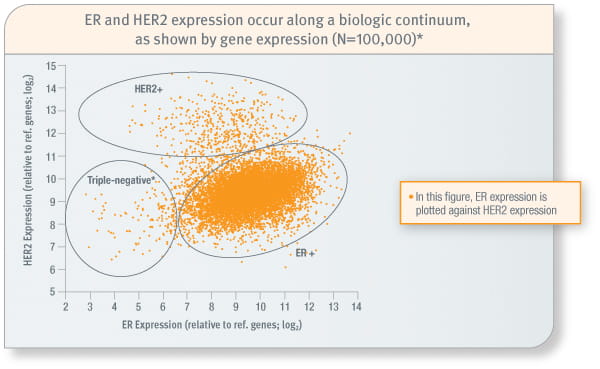 Study included 100,000 invasive breast cancer tumour specimens that were examined in the Genomic Health laboratory from July 2005 through May 2009. Quantitative expression for each gene was measured by the Oncotype DX assay on a scale from 0 to 15, relative to reference genes.

In a multivariate analysis of clinicopathologic measures from NSABP B-20, the Oncotype DX Recurrence Score result was the strongest predictor of chemotherapy benefit in node-negative patients1

You are now leaving this site. Any third party link you select from this site may take you to an Exact Sciences website intended for US audiences or a website that is not affiliated with Exact Sciences.