You are now entering a page intended for healthcare professionals only and not by members of the public.

Predictive or Prognostic Test: Why does it matter?

What is a prognostic test?

What is a predictive test?

Chemo-prediction relates to the impact of a treatment on the natural progression of the disease. A biomarker (e.g. the Oncotype DX Breast Recurrence Score test result) is predictive if the treatment effect (experimental compared with control) is different for biomarker-positive patients compared with biomarker-negative patients.1

To determine whether a biomarker is potentially predictive, a formal test for an interaction between the biomarker, treatment group, and outcome must be statistically significant (interaction p <0.05).1

The Oncotype DX test is the only test which is proven with a formal test of interaction to predict chemotherapy benefit4,11. The assay, in addition to being prognostic, informs about how likely chemotherapy is to be effective (in addition to endocrine therapy) to reduce the risk of distant recurrence or death. All other multigene tests and most clinical pathological parameters used in early breast cancer were developed for prognosis only and were not designed, or proven, to guide chemotherapy treatment decisions effectively.

How does the Oncotype DX test compare to prognostic-only tests?

Multigene assays are not interchangeable; studies show high rates of discordance across all multigene assays (>40% discordance rate). Because most multigene assays have been developed to estimate disease prognosis only, it is expected to observe such variability when compared to Oncotype DX, the only assay proven to predict chemotherapy benefit. Similarly, substantial discordance can be observed between prognostic-only parameters (e.g. tumor grade, Ki67 level and nodal status) and the Oncotype DX test; only the Oncotype DX test was developed for the purpose of identifying the patients who may benefit from chemotherapy and those who won't, rather than extrapolating that benefit from a prognostic-only parameter.2

a Overall discordance=any difference in risk classification between the Recurrence Score (RS) results and other assays
b Four studies did not include risk classification information appropriate for inclusion in this table
c Study used non-standard RS cutpoints for comparison of RS vs. MMP

Genomic assays for breast cancer are not the same

While all four assays provide prognostic information, only the Oncotype DX Breast Recurrence Score assay has, in addition, evidence of prediction of chemotherapy benefit. 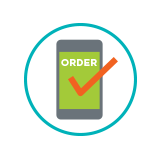 Do You Have a Question? 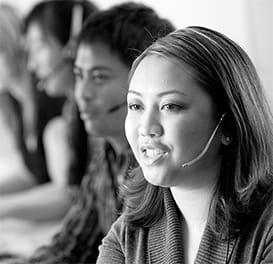 You are now leaving this site. Any third party link you select from this site may take you to an Exact Sciences website intended for US audiences or a website that is not affiliated with Exact Sciences.